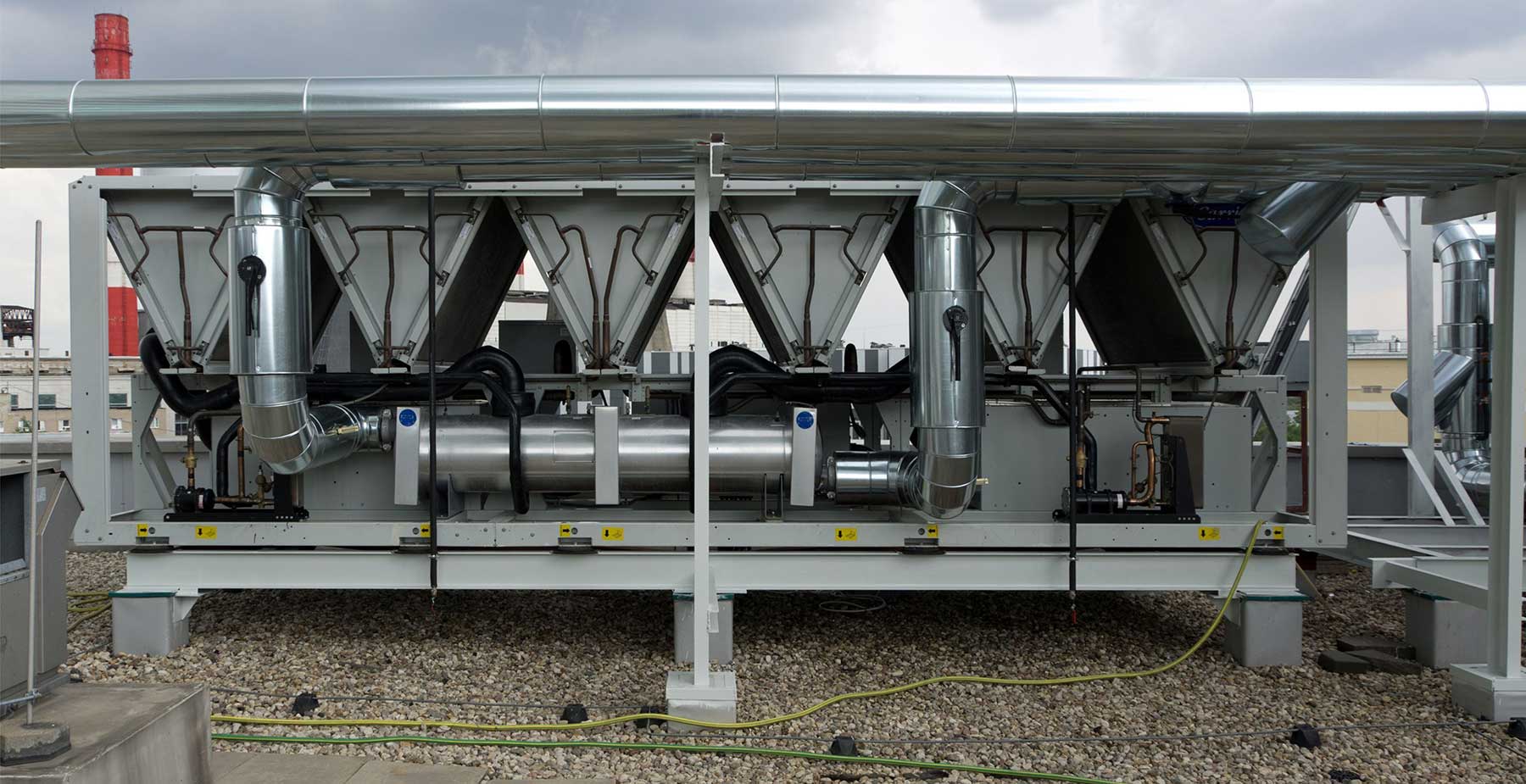 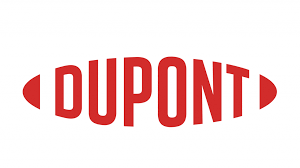 Background and Summary:
Within the European Union under the EU regulation 2037/2000 the production for consumption in the EU and use of virgin hydrochlorofluorocarbon (HCFC) refrigerants will be banned as of 1st January 2010. This leaves owners of water chillers still operating with HCFC refrigerants with the task of managing the transition from HCFC to an alternative whilst trying to minimise disruption to normal operation of their business. 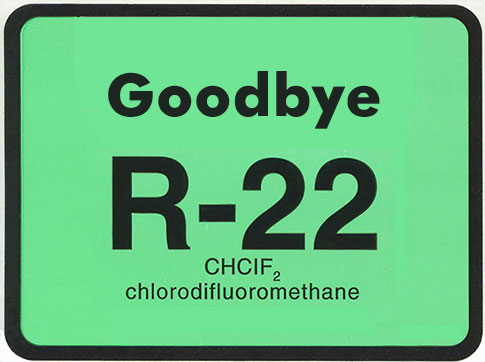 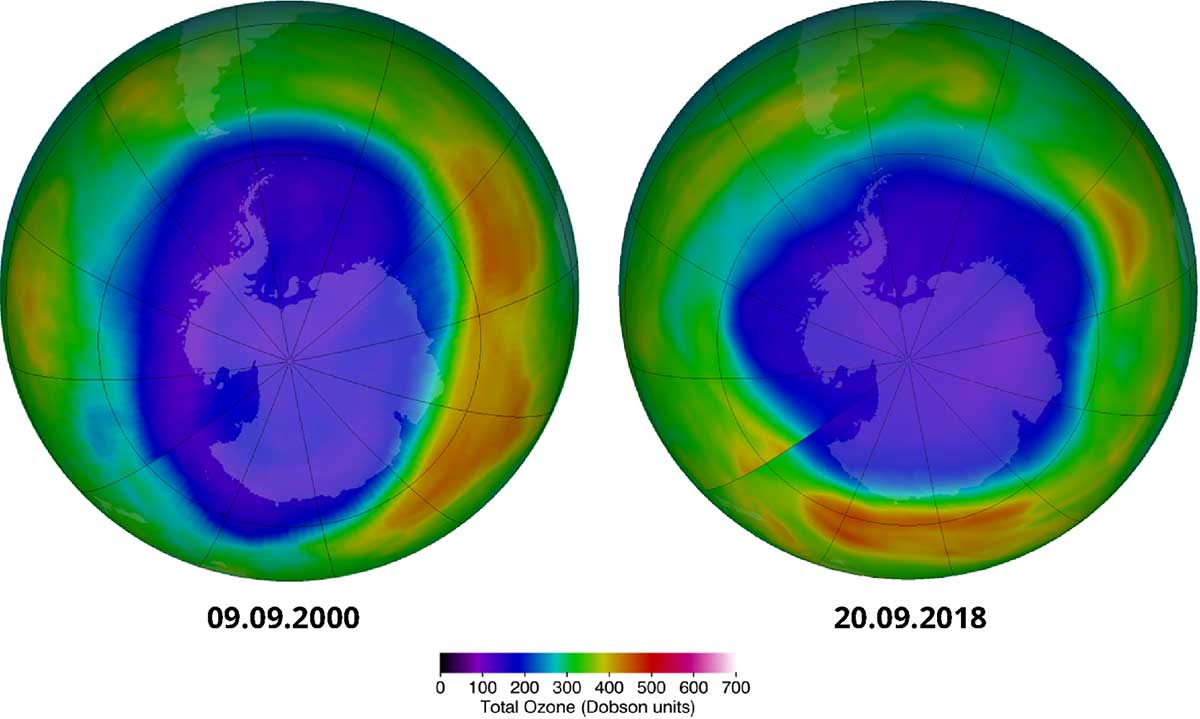 2. Containment and Reliance on availability of Reclaimed HCFC.

3. Convert to an alternative non-HCFC refrigerant

Another HFC based option is the use of a DuPont™ ISCEON® 9 Series products such as ISCEON® MO99 (R438A). In the majority of direct expansion water chillers, without electronic controls and with simple expansion valves, the ISCEON® 9 Series products would not require a change of oil type and even in those that may require an oil change the time consuming and costly oil flushing procedure required when using Suva®407C can be avoided.

This study shows that using ISCEON® MO99 can have advantages in obtaining best performance in systems where the expansion device is closely sized to the capacity of the system. It should be noted that in many cases where adjustment of the TXV is possible that ISCEON® MO29 is a perfectly adequate replacement for R22. However, it has been found in some water chiller applications that in order to get best performance from ISCEON® MO29 it is necessary to change the orifice or even complete expansion valve to a larger capacity type. Use of ISCEON® MO99 avoids this and therefore provides a solution requiring the absolute minimum of system changes. 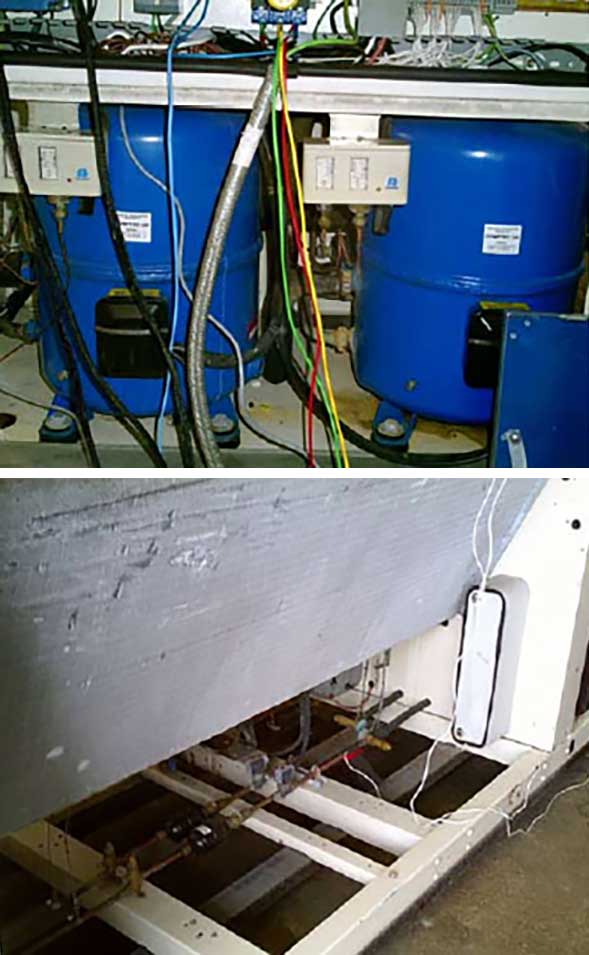 The system was monitored using a Climacheck Performance Analyser. The measurement points are shown below in the system layout diagram. 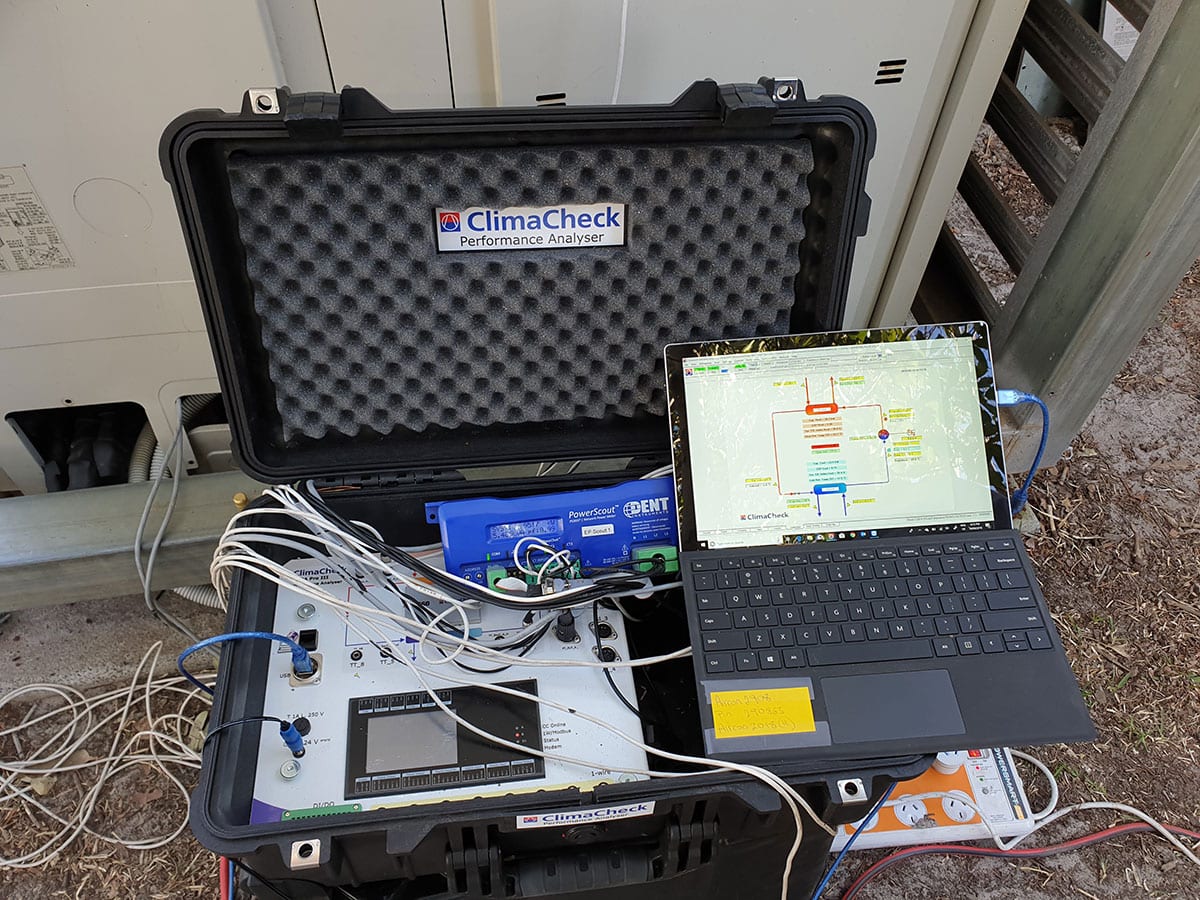 Test Equipment and Method:
The system chosen for the testing was an Airedale water chiller with a nominal cooling capacity of 80 kW with R22. The system consisted of two independent refrigerant circuits (40kW each) with a common water source through two plate heat exchangers. It was decided to retrofit and monitor only one of the two circuits as it was only possible to monitor one system and the maximum available load on the water supply was approximately 40 kW.

The test procedure would be done in a way that would resemble a real retrofit situation and no system adjustments were made during the retrofits. This would then simulate a system where there was no further adjustment possible on the TXV. Initially the R22 was monitored then the system was changed to ISCEON® MO29 and finally ISCEON® MO99.

The R22 was recovered and the system evacuated to at least 500 mbar before recharging. 10.3 kg of ISCEON® MO29 and ISCEON® MO99 were used in the subsequent trials. 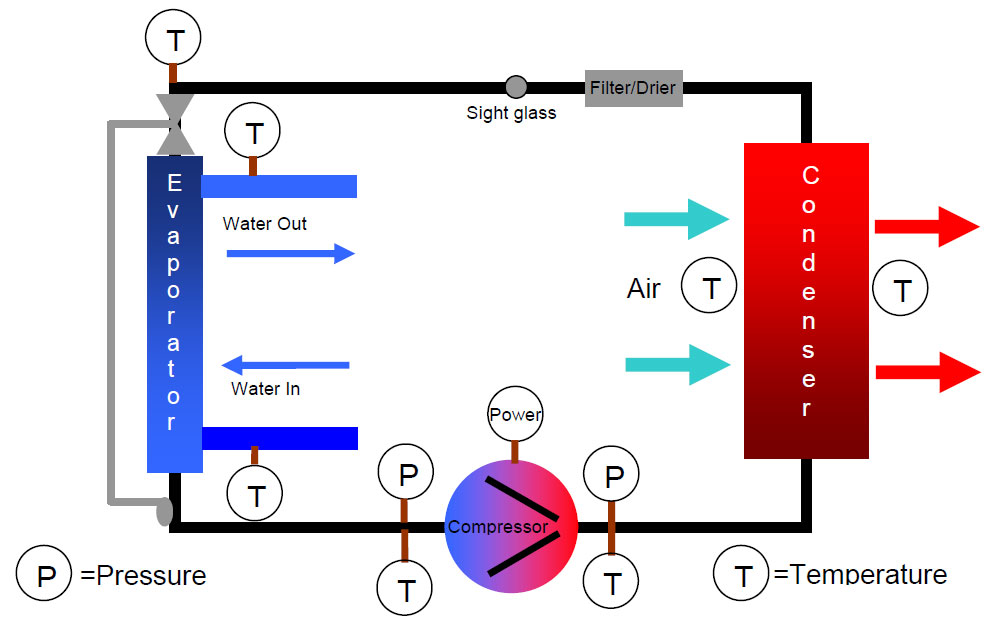 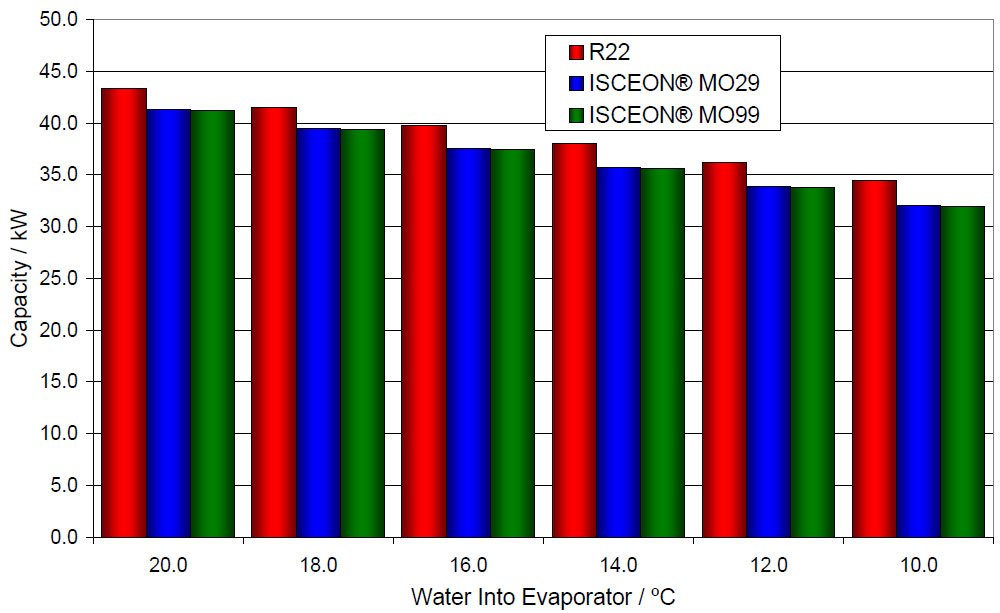 Experimental Results and Data Analysis:
The data points were logged at 5 second intervals. From the data gathered it was possible to curve fit and calculate sets of operating conditions at water inlet temperatures between 20ºC and 10ºC at 2 K intervals.

Experimental Results and Data Analysis:
The data points were logged at 5 second intervals. From the data gathered it was possible to curve fit and calculate sets of operating conditions at water inlet temperatures between 20ºC and 10ºC at 2 K intervals. 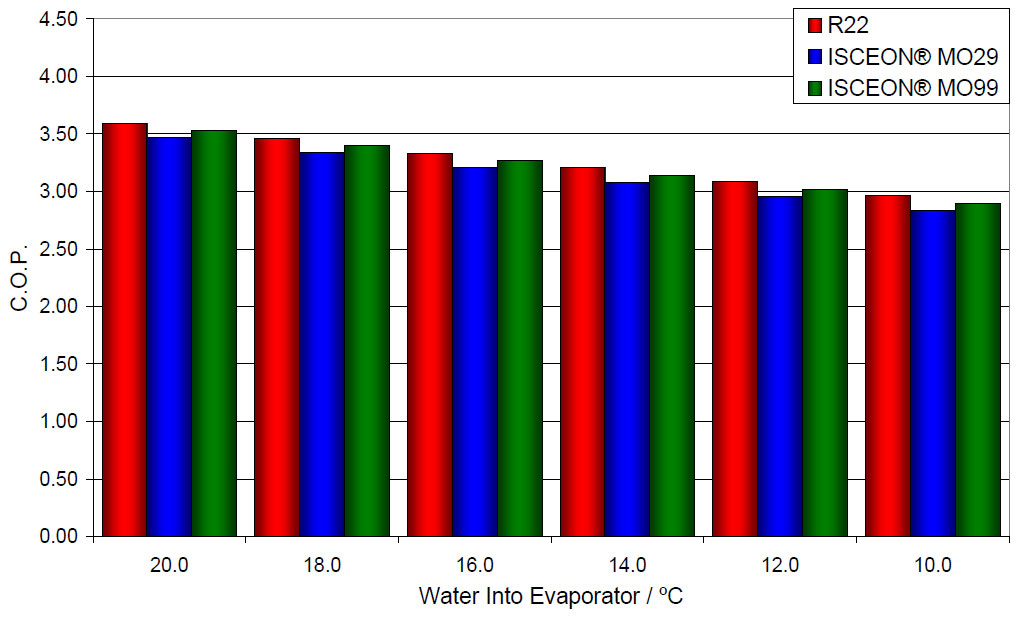 The R22 theoretical performance is in good agreement with the measured data. 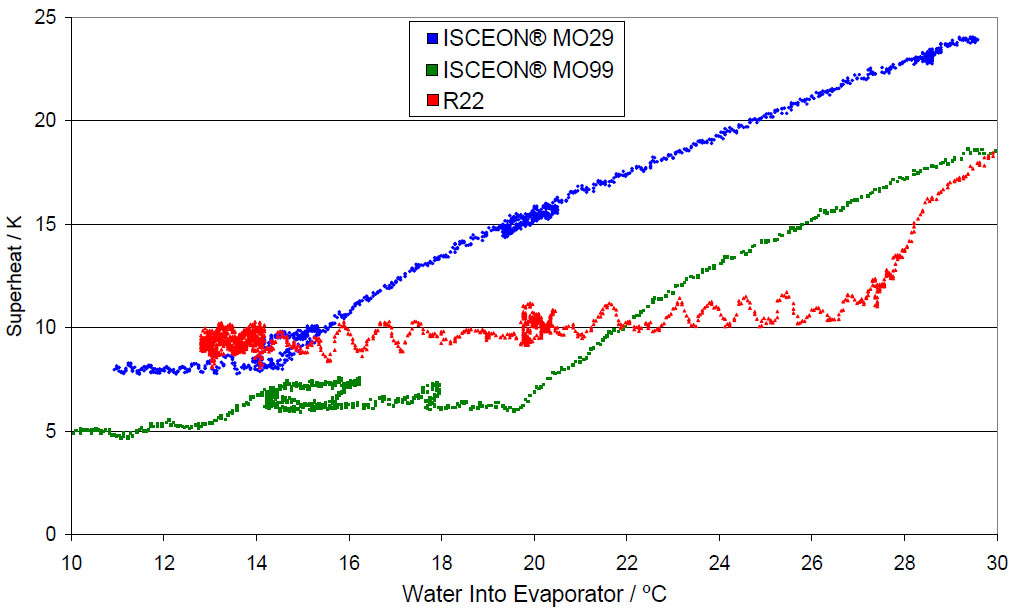 Based on the theoretical results there is practically no difference between the performance of ISCEON® MO29 and ISCEON® MO99 with a performance similar to that of R22. 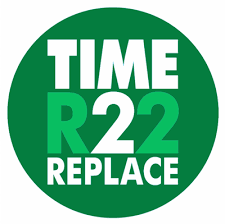 In practice this means the system cooling capacity will be restricted before the expansion valve control region is reached and this can clearly be seen where ISCEON® MO29 is predicted to be 6% -10 % higher than the actual system measurement at inlet water temperatures of 16ºC to 20ºC.

In contrast to the ISCEON® MO29 results the ISCEON® MO99 results show excellent agreement with the theoretical values on the cooling capacity with a slightly higher C.O.P. measured at water inlet temperatures below 16ºC. 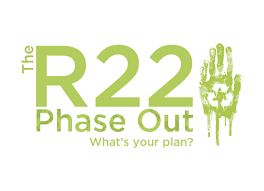 It should be noted that systems that operate with low evaporator superheat with R22 may be at risk if retrofitted to ISCEON® products unless the expansion valve superheat setting is adjusted to compensate for the observed superheat reduction.

However the practical measurements after retrofitting the system without any system modifications or adjustments showed a significant difference between the performance of ISCEON® MO29 and ISCEON® MO99. This simulates the situation where the system TXV has no further adjustment.

The results of these trials have clearly shown that ISCEON® MO99 has a significant benefit for cooling capacity, energy efficiency and system control over ISCEON® MO29 in water chiller applications where the expansion valve is closely sized to system capacity.

The information provided herein is believed to be accurate, but is not warranted nor is it intended to be used without independent verification. Because it is provided gratis, the reader assumes sole responsibility for any results obtained in reliance on this information. Statements or suggestions concerning possible use of our products are made without representation or warranty that any such use is free of patent infringement, and are not recommendations to infringe any patent. The user should not assume that all safety measures are indicated, or that other measures may not be required.